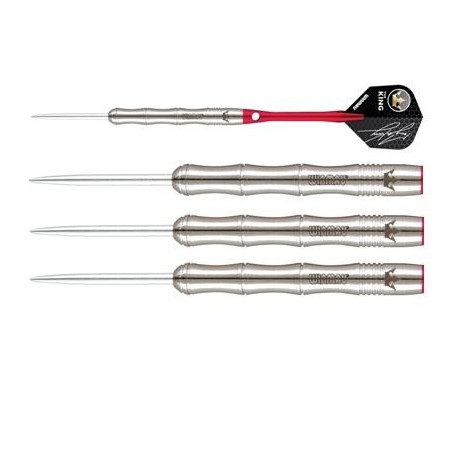 Mervyn "The King" King is a worldwide multiple tournament winner and is one of the most consistent dart plays on the professional circuit.

Mervyn demands total precision in his darts to ensure constancy in his throw which is why he only uses Winmau matched weighed tungsten darts to rule the oche with Mervyns uniquely sculpted Tungsten darts.
Warning - Darts is an adult sport. It is dangerous for children to play without supervision.

No customer comments for the moment.